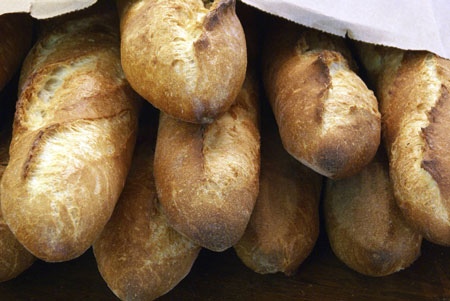 By my count, I’ve made around 100 baguettes in class over the past two weeks. Tomorrow I have practical exam in which I have to mix two doughs and make roughly 15 baguettes from each one. The next day is more practical exam, and that means more baguettes. I am tired at the end of each day, and if I’m being honest, I’m a little tired of baguettes too.

So what did this tired on tired translate into last night? When I got home, did I take a hot bath? Watch a little TV? Catch up on my reading? How about on my sleep? Well, no. I made a few more baguettes. I can’t explain this entirely. It had something to do with wanting to know if I could make a baguette in my own kitchen that looks as good as the ones we’ve been turning out in class.

The answer is no, I couldn’t. Or at least I didn’t (see below photo). However, because I am presumptuous by nature, I will presume to tell you what I know, or I think I know, about scoring the damn things. 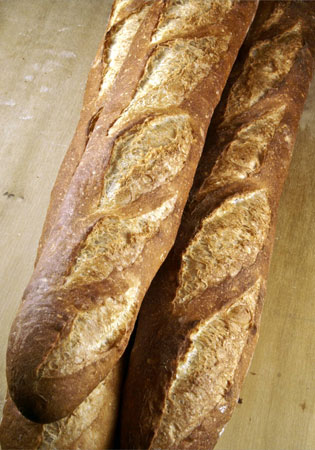 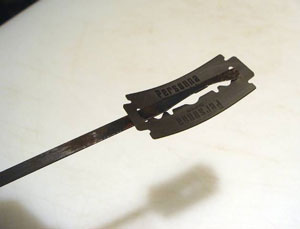 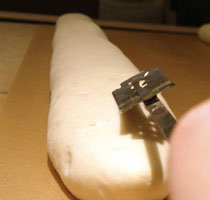 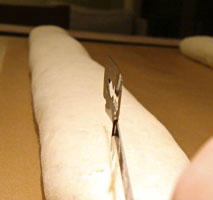 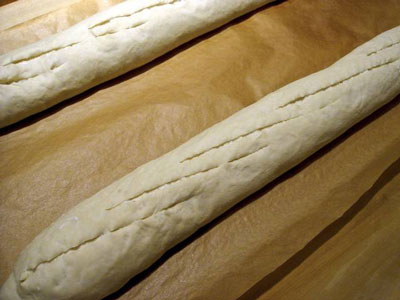