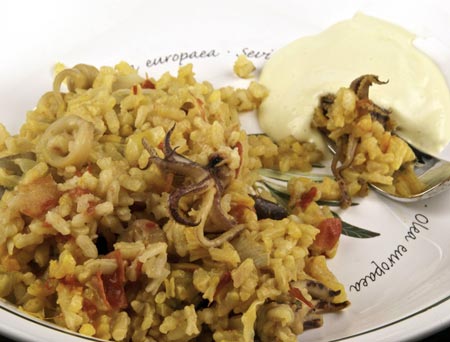 Daring Cooks is supposed to be all about learning. And I have to say, I did learn something important with this month’s challenge: I am lazy.

The dish proposed by Olga (Olga’s Recipes) was José Andres‘ Rice with Mushrooms, Cuttlefish, and Artichokes, accompanied by allioli (kind of like a garlic mayonnaise). And a very lovely and wonderfully tasty dish it was, its shortcomings fully accounted for by my own indolence: 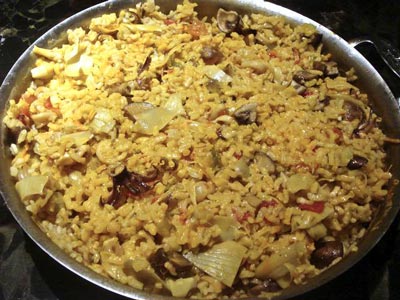