So. The Bread Baking Babes, those gorgeous, cheeky, and oh-so-fearless oven addicts, are three years old this month. We are celebrating three years of loaves, and more than a few laughs, by taking a look back at all the breads that have delighted, challenged, exasperated, terrified, and excited us. 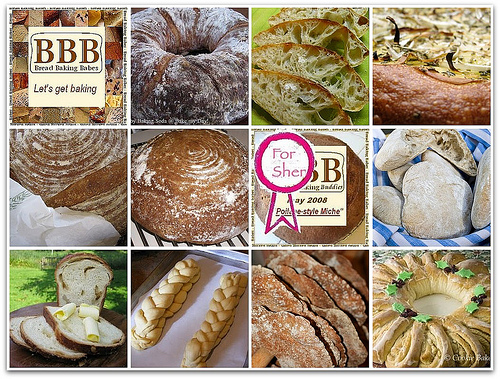 (read left-to-right, top-to-bottom)
February: Karen Royal Crown Tortano (in Dutch) and in English
March: Lien Coccodrillo
April: Tanna Sullivan Street Pizza
May: Sher  – Poilane-Style Miche
June: Mary Breadchick’s Dark Onion Rye
July: – in memory of Sher who passed away July 20 2008; this month we made something from her blog, something that reminded us of the warm and witty personality Sher was. The news of her passing shocked us. She is our Angel Babe.
August: Ilva Whole Wheat Pita
September : Monique Sûkerbôlle
October : Sara Challah
November: Görel The Rosendal Crisp Bread
December: Lynn Yule Wreath 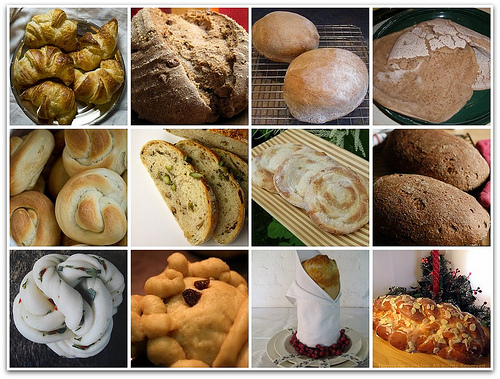 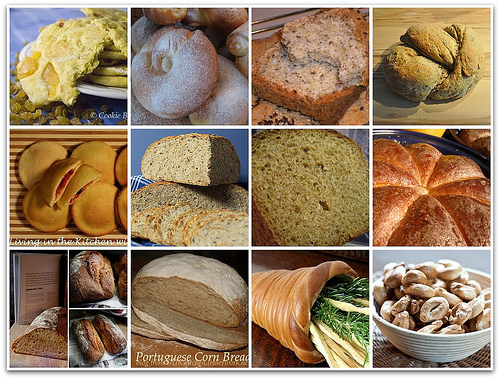 Now isn’t that an amazing array of breads?

So what are we going to DO for our Anniversary? Stay tuned and check back on February 16!