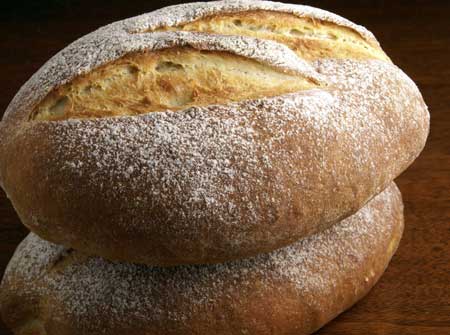 I did find the dough to difficult to work with. Its sticky, inelastic consistency reminded me of chocolate chip cookie dough, minus the chips. I was just barely able to pull the slightest semblance of a very fragile windowpane by the end of the mixing. However, after the bulk fermentation (during which I added a fold that the original recipe does not call for), it was definitely manageable, if still a bit sticky.

I had never eaten saltless bread before, and honestly, I was expecting to not care much for it, but I was pleasantly surprised. It is amazingly sweet, with a soft, compact crumb. Not my favorite bread, to be sure, but I was a long way from hating it. It made a very nice, if different, bruschetta with basil and tomatoes from my garden, supplemented by more tomatoes from the new organic farm within walking distance (!!) of my house. 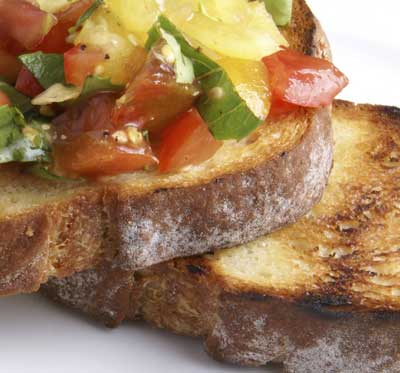