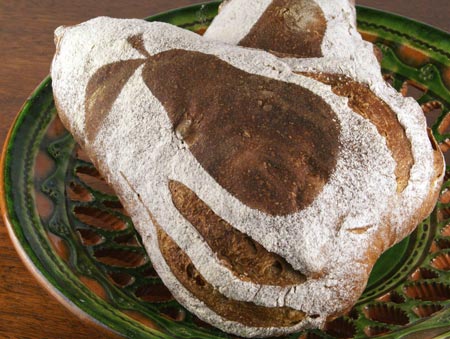 My friend Jamie (Life’s a Feast) is throwing herself a birthday party for BreadBakingDay this month. A very special bread is therefore in order, and I think this fills the bill. Distinctive in both appearance and taste, it derives an earthy flavor and rich deep brown color from buckwheat flour, and sweetness — but not too much — from toasted walnuts and wine-soaked pears.

Before making these loaves at home, I had made the bread several times at SFBI — including for my bread practical exam — and it never disappoints. As a testament to its universal appeal, I’m thrilled to congratulate my friend and classmate, David E, who just today won the SF Food Wars People’s Choice Honorable Mention with his interpretation of the bread, presented to 200 discerning tasters at the  SF Food Wars artisan bread bakedown. Go David and go Pear Buckwheat!

The shaping is quite uncomplicated (see the recipe for instructions), and so is the pear stencil used to decorate the loaf. Don’t think you need to find some fancy pear picture, just draw one freehand. If I — who, if I recall correctly, got a “C” in fruit drawing in fourth grade  — can do it, you know there can’t be much to it. Five or six inches tall is about right, and a manila folder works well. 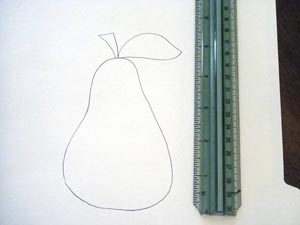 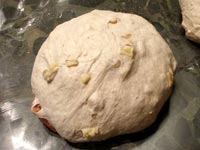 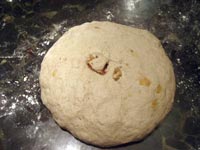 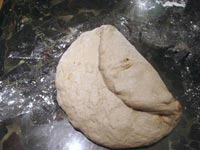 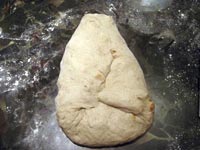 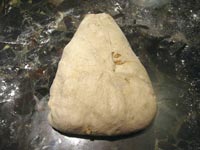 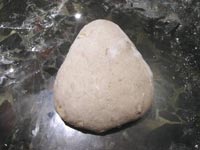 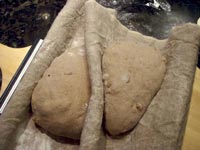 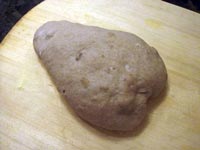 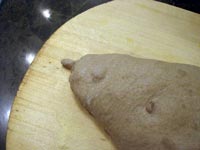 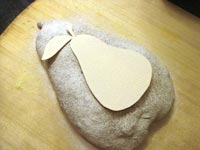 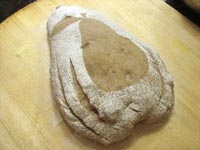