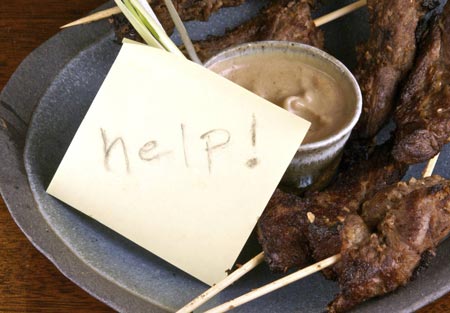 The January 2010 DC challenge was hosted by Cuppy of Cuppylicious and she chose a delicious Thai-inspired recipe for Pork Satay from the book 1000 Recipes by Martha Day. I opted to use goat instead of pork.

These Daring Cooks escapades always involve lots of education. Let’s just cut to the chase with what I learned this month: 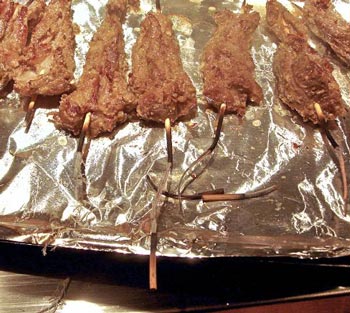 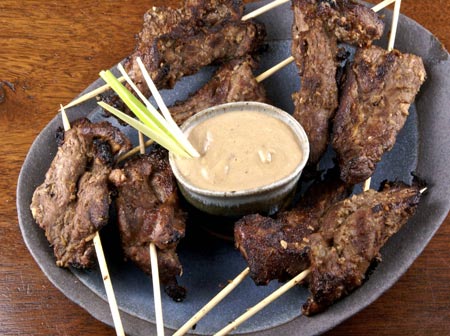 Recipes for the sauce and the marinade, as well as general all-around kitchen competence, can be had courtesy of many Daring Cooks who are not me.