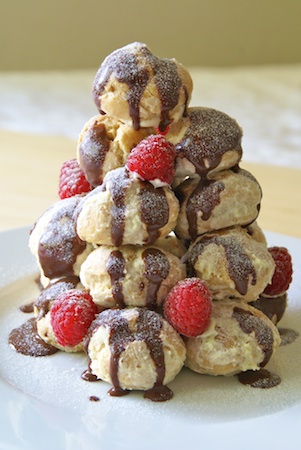 The May 2010 Daring Bakers’ challenge was hosted by Cat of Little Miss Cupcake. Cat challenged everyone to make a pièce montée, or croquembouche, based on recipes from Peter Kump’s Baking School in Manhattan and Nick Malgieri.

We know I often find the Daring Bakers challenges true to their name. I think this is the first time, however, that I actually cried.

It started well enough. The mixing and piping of the pâte à choux was not hard, after all the practice I got in school. The little puffs did their thing and puffed. I filled them with a raspberry diplomat cream I was pretty happy with (diplomat cream is a blend of pastry cream and whipped cream; the recipe follows). 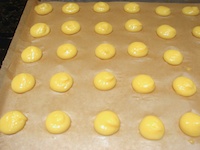 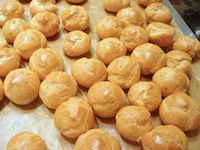 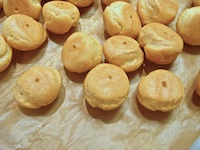 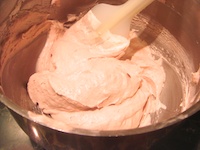 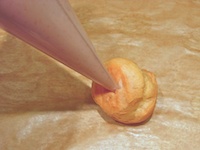 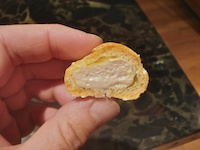 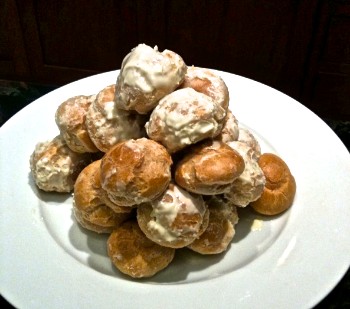 The good thing (which would have been an even better thing had I thought about it from the beginning) is that melted white chocolate does eventually become sticky enough to use as glue once it cools a little. Unfortunately by this time my choux were just looking pretty gruesome from their ordeal. 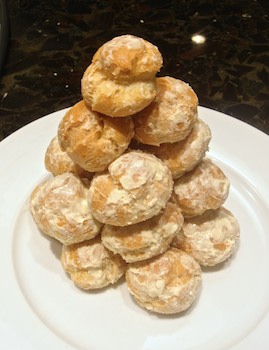 Nothing to do but try to camouflage the damage with chocolate glaze, raspberries the size of the Liberty Bell, and sucre neige. On the bright side, it tasted good.

On the even brighter side, there are lots of DB pièces montées to gawk at today!