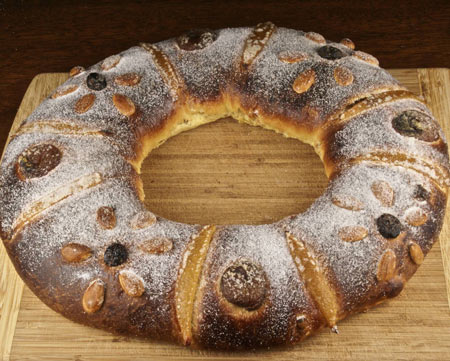 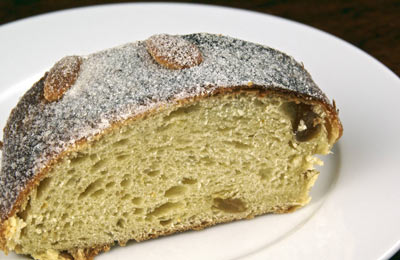 According to Diana Kennedy, from whose book The Art of Mexican Cooking I adapted this recipe, candied fruits in and on the ring are optional, and most often include figs, orange peel, and citron peel. I didn’t have any of those on hand, but I did have some candied lemon peel, dried apricots, and golden raisins, which I soaked in hot water before adding to the dough.

For the top I used strips of candied lemon peel, dried apricot halves and dried cherries, all soaked, as well as some blanched almonds. The result is somewhat more rustic looking than the breads adorned with bright red candied cherries and green citron peel, but I like to think it’s just as delicious.

Oh, and since I also didn’t have any porcelain babies on hand, I tucked a dried bean into each loaf. Discovery of the lucky winners is pending.

Rosca de Reyes
(Adapted from The Art of Mexican Cooking by Diana Kennedy.) 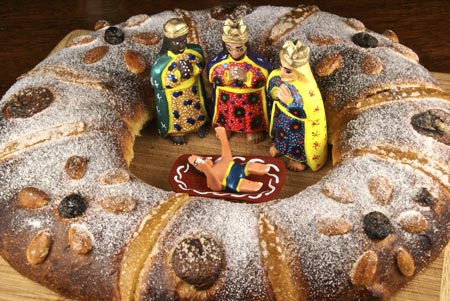 This goes to Zorra (1x umrühren bitte) for “Make Your Own King Cake.”