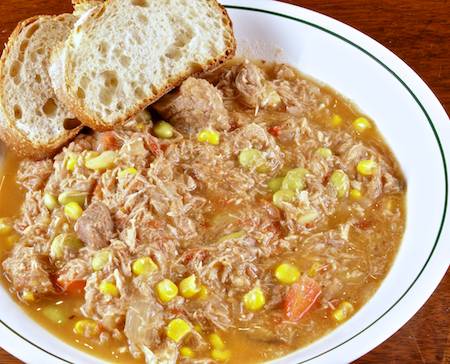 I learned a few things about this Brunswick Stew. For example:

Finally, and perhaps most importantly, I found out that a true Brunswick Stew must be so thick that a spoon stands up straight in it. By that measure, I guess I pass. 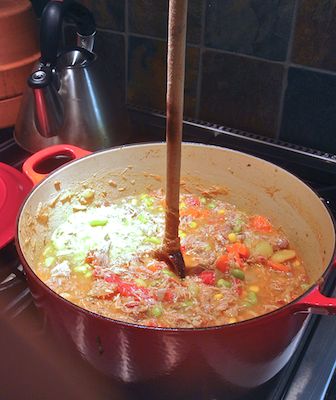 If you’re in the mood for more Brunswick Stew spoon tricks, you’ll find them today, courtesy of hundreds of other Daring Cooks.