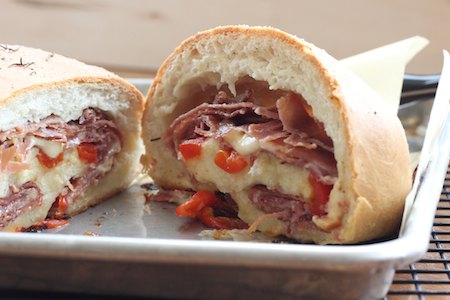 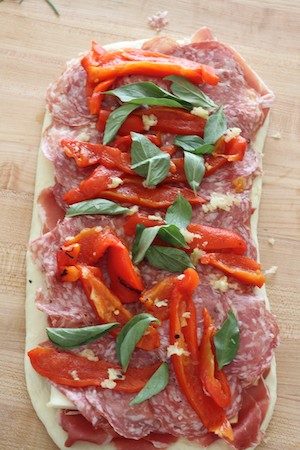 When I rolled it up, I predicted the filling would leak out… 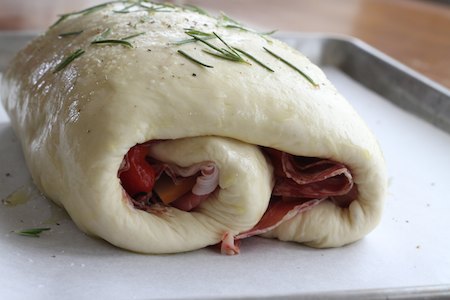 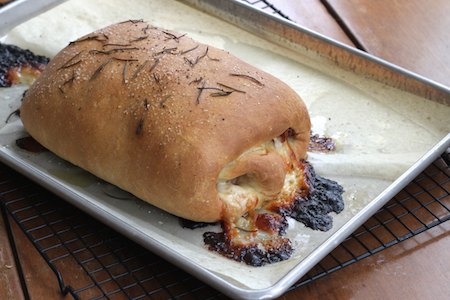 But I have to say, those charred bits of soppressata-infused smoke mozzarella did not make a bad snack in their own right.

For the full picture of how all we Babes roll, check out the Babes blogroll on my lower right sidebar. Then go roll your own, and send it to Elle by May 29!