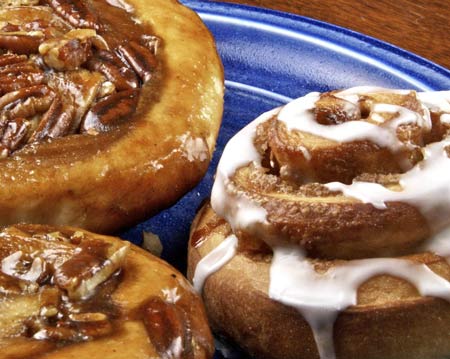 If you want to win friends and influence people, you could read Dale Carnegie’s book and get some excellent advice. But I’ve found a faster way: bake cinnamon rolls and sticky buns.

Which is not to say that my way is at all inconsistent with Carnegie’s. Here are some of his principles:

See how that works? They will be putty in your hands.

You can of course tailor the recipe to your own tastes and those of your influencees. Substitute another spice, or a combination of spices, for the cinnamon. Add chopped dried fruits to the filling. Try a little citrus zest in the dough.

The formula calls for osmotolerant instant yeast (SAF Gold), which is designed for high-sugar doughs. It is available from online sources such as King Arthur Flour, but if you don’t have it you can use regular instant yeast.

Be careful when inverting the tray of hot sticky buns; if the hot glaze spatters your skin you will be very sad. Allowing it to cool for a minute or two makes this less likely. Lay a piece of parchment on top of the buns (still on their baking sheet), and a second baking sheet face down on top of that, so you have a “sandwich” with the two baking sheets as the bread. Grasp the sandwich firmly at each end, pressing the sheets towards each other while quickly flipping the entire thing over, away from yourself. 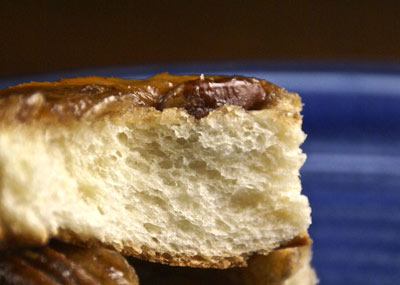 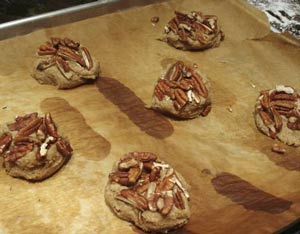 (Do you reuse your parchment? The dark stains on this sheet are from the Daring Baker’s eclairs.) 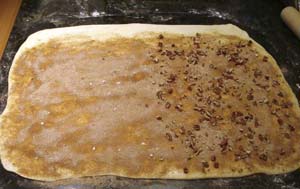 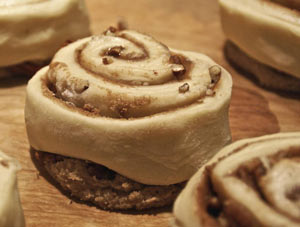 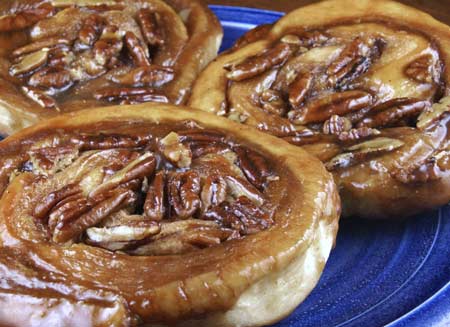 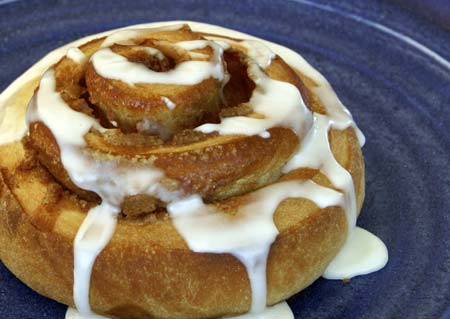