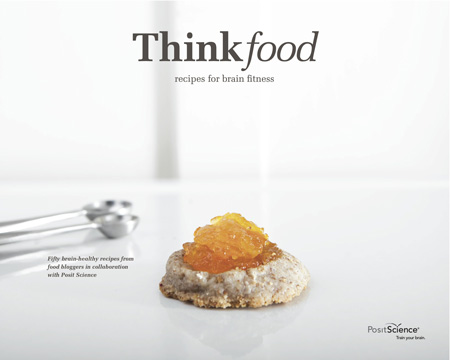 The piece of gorgeousness you see here is the cover of a brainy new cookbook — and I’m in it!

Thinkfood is a collaboration between Posit Science and 50 food bloggers, each of whom has contributed a recipe featuring an ingredient known to improve memory, concentration, mood, or other brain-powered functions. With foods like flax seed, almonds, tuna, spinach, cinnamon, and more — doing their brilliant thing in everything from snacks to side dishes to main courses to desserts — you can eat smarter to be smarter.

You’ll have to stay tuned to find out what recipes I and the other bloggers contributed, but I think you’ll agree that the list of blogs is pretty damn impressive, so you just know the recipes are going to be wonderful.

The hard-cover book will be available in July, but you can start cooking more cleverly right now by signing up for the Thinkfood Recipe of the Week. Beginning today, one recipe will be distributed by email every Wednesday for the next 50 weeks.  You’ll have free access to the printable version of the recipe, which includes more information about the brain-healthy ingredient.

END_OF_DOCUMENT_TOKEN_TO_BE_REPLACED 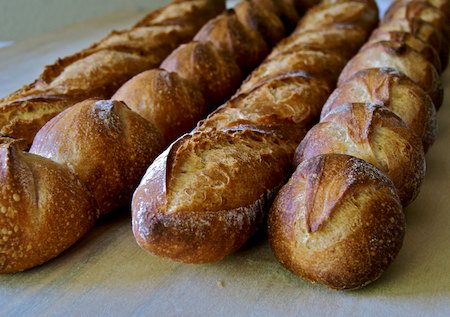 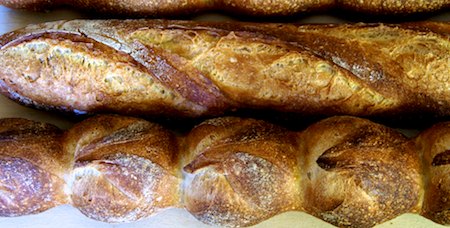 END_OF_DOCUMENT_TOKEN_TO_BE_REPLACED

In 2009, Dan Buettner’s invesitgation of “blue zones” — regions whose inhabitants have much-longer-than-average lifespans — took him to the Greek island of Ikaria, where one in three people lives past the age of 90. Buettner identified 13 lifestyle factors that may contribute to the Ikarians’ longevity. Not surprisingly, more than half of these relate to diet. What may surprise you is that one of the dietary elements Buettner claims can contribute to a long and healthy life is sourdough bread.

This is a sound assertion; scientific research on sourdough offers several reasons why sourdough can be health-enhancing. These benefits are probably primarily derived from the acids produced by the lactobacillus bacteria that are an integral component of a sourdough starter and give the bread its sour flavor:

END_OF_DOCUMENT_TOKEN_TO_BE_REPLACED 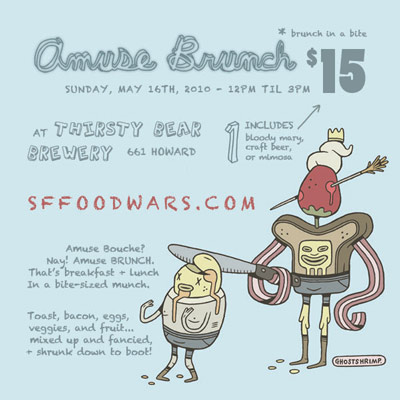 Hey, guess what? I am honored and excited to have been selected to compete in the next SF Food Wars smackdown: “Amuse Brunch (brunch in a bite).”

As with Yeast Affliction, my previous foray onto the culinary battlefield, 20 cooks and bakers will attempt to dazzle three judges and 200 brunchists-at-large and capture the title of most amazing/amusing brunch bite. The roster of competitors and their dishes will be announced soon and will undoubtedly promise a brunch spread that will amuse even the most astute bouches.

All this amusement will transpire at noon on Sunday, May 16, at Thirsty Bear in San Francisco. Tickets, which are $15 and include a beer, mimosa, or Bloody Mary, go on sale on May 4 at noon sharp, on the SF Food Wars website. If you want one, plan to have your clicking finger poised on the mouse at 11:59 a.m.; these gems sell out fast!

It has come to my attention that dihydrogen monoxide (DHMO) — a powerful solvent linked to thousands of deaths each year — is a common additive in many foods, including breads and other baked goods. It seems I may have even unwittingly added it to my own breads on occasion — yikes!

I urge you to inform yourselves about this potentially lethal chemical, and decide for yourselves whether it is a risk you’re willing to take. 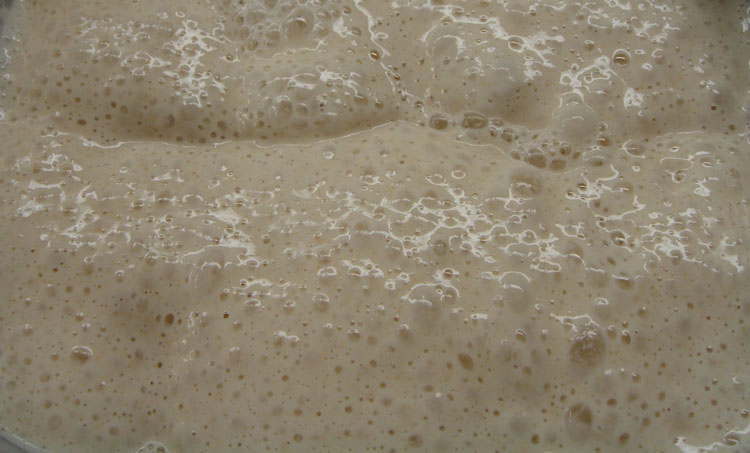